Isn’t it great to be back!  The school holidays are a welcome mid-season break in the depths of a Melbourne winter, but more than anything it stokes our appetite for the game and reminds us all how much we love these Saturday mornings. 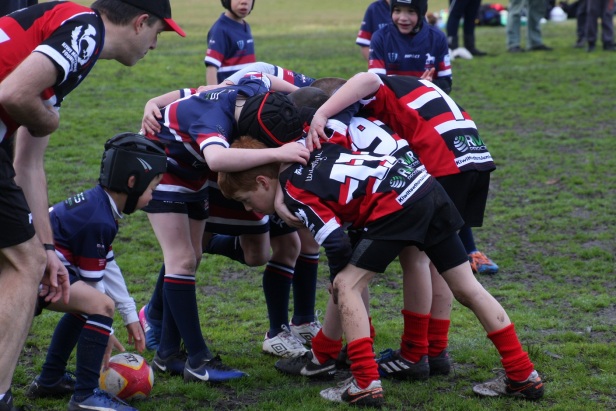 Today we took on mighty Box Hill at our home ground.  It was windy, it was cold but the rugby was hot and what we saw was enough to warm the hearts of all the Mums and Dads (and Billy’s groupies) that came along.

Yes I said groupies: we’re starting to build a fan base, a following, the sort of loyal supporter that gets out of bed when its still dark, on a Saturday morning, in the cold, just so they get the best tickets to the game!

And boy, were they glad they came, because Billy was named Captain for the day and he played a great game; ripping the ball from unsuspecting opposition, running up the side lines, off-loading to team mates or driving over the tryline himself to score. 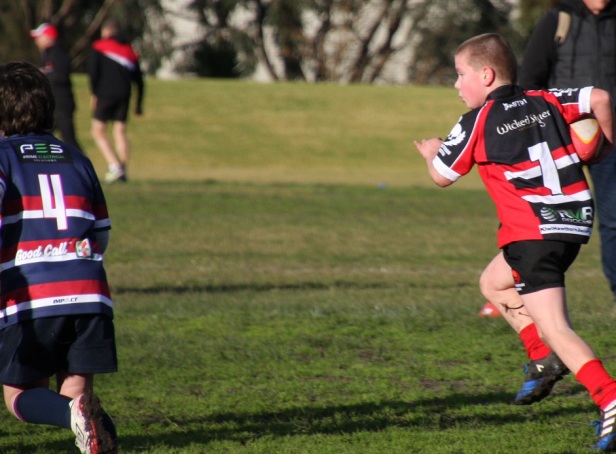 As a great Captain will do, he inspired his troops.  Lucas had a very nice game, running hard at the opposition, offloading, making a few nice tackles. 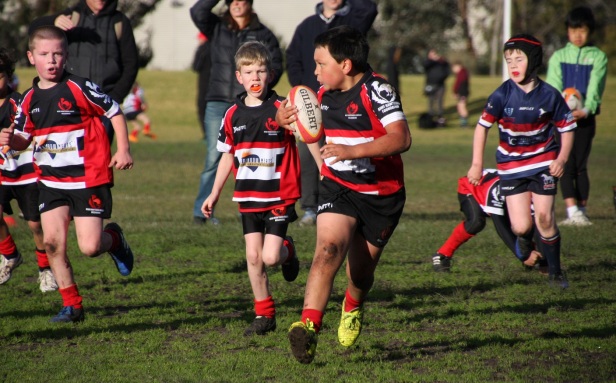 Charlie too was constantly weaving his way up to the tryline, or sitting nicely waiting for the offload in support.  He was involved in everything as usual. 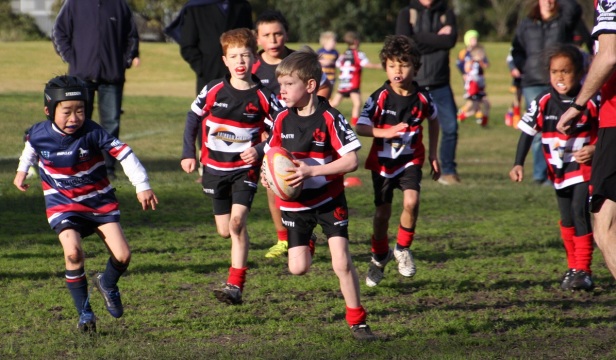 Devonte wasn’t going to let the others have all the fun!  He ran in a couple of beautiful tries, cleverly spotting the gaps in the Box Hill line. 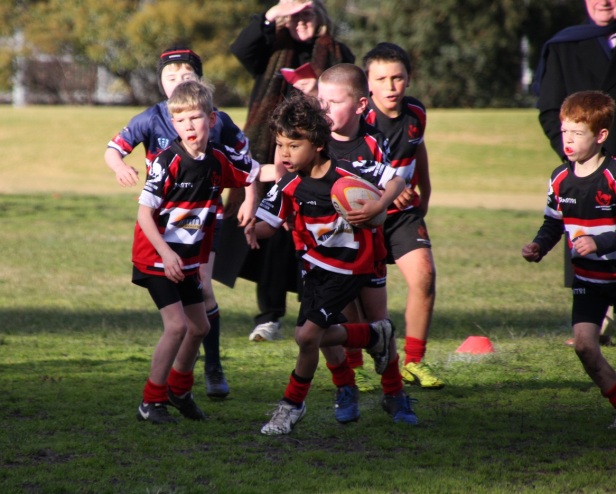 Darcy was tackling his heart out and his good straight running saw him over the white stripe on more than one occasion. 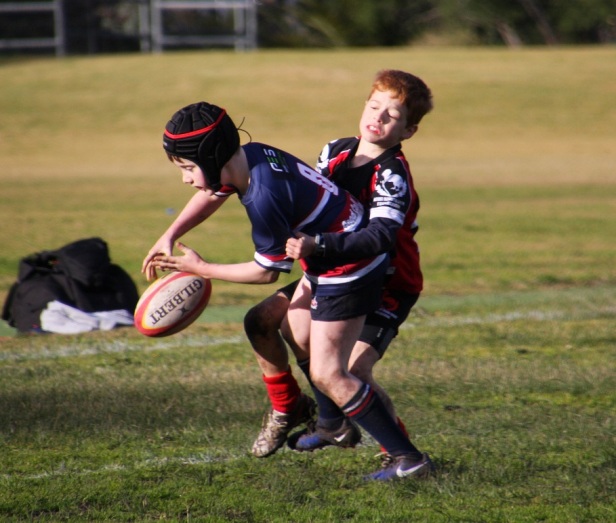 And last but by no means least, Adonai who had his jet-boots running at a little slower than his usual pace, (perhaps celebrating too hard the Brumbies v Hurricanes Quarter Final result?) but still a devastating Mach 1.2, ran in some absolute beauties including a couple of Milner-Skudder inspired gems. 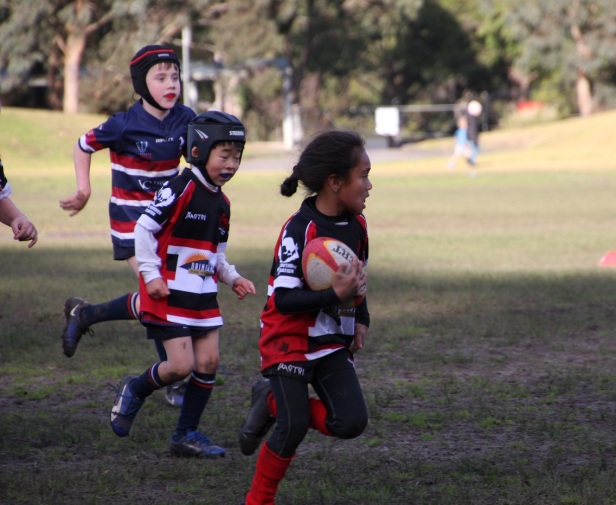 While each boy had their moment of individual glory today, it was the way they combined as a team that made everyone proud.  I lost count of the number of tries that came from five, six, seven boys getting involved and carrying the ball forward. 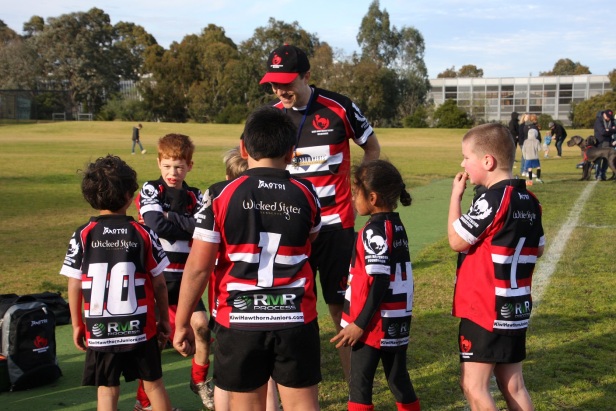 Next week we take on Eltham at home: bring your woolies!