What a great way for our many new players to start their rugby careers! Our Under 10s had 4 of the 6 players from Kiwi Hawthorn playing their first game: well done to Jonathon, Henry, Thomas and Ollie on a terrific first up effort.

The boys combined with Melbourne RUFC to play Geelong. Geelong had size, speed and experience on their side but the boys never gave up, tackled their hearts out and made Geelong work for every try. There was also good reward on the end of some great teamwork with 2 tries scored, including a try to Ollie. 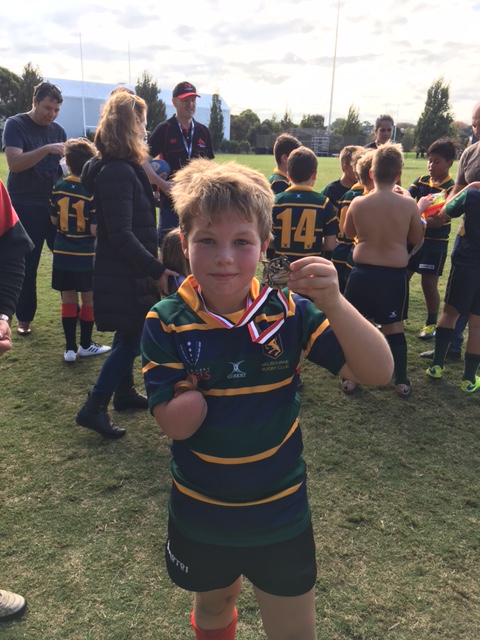 Flynn was the player of the day though with great courage in running the ball back at the opposition and also showing the way with tackling around the legs.

At the end of the game Geelong was too good and ran out deserved winners but the KH under 10s can be proud of their efforts and contribution to the combined side and I can’t wait to see their progress throughout the season – well done boys!