Wow another superb, sunny day for running rugby and the boys did not disappoint.

Look at that intent!

We warmed up with some heavy hits to the tackle bags before Billy was named Captain of our team, who he led out proudly, including a couple of very talented ring-ins from Harlequins.

Right from the kick off Billy led from the front, getting involved in everything, tackling, running and passing – great work rate Billy, keep it up! 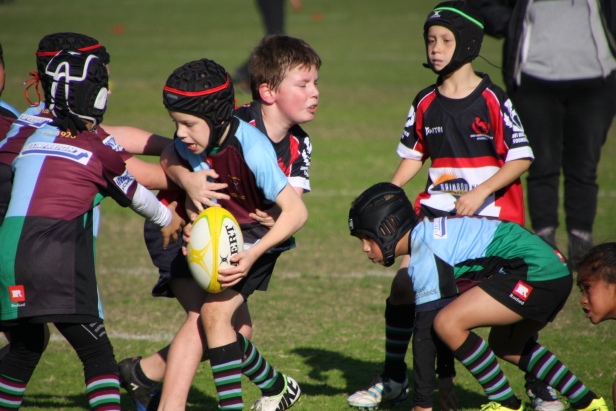 Abraham had another solid game with some unstoppable runs, just watch him motor! 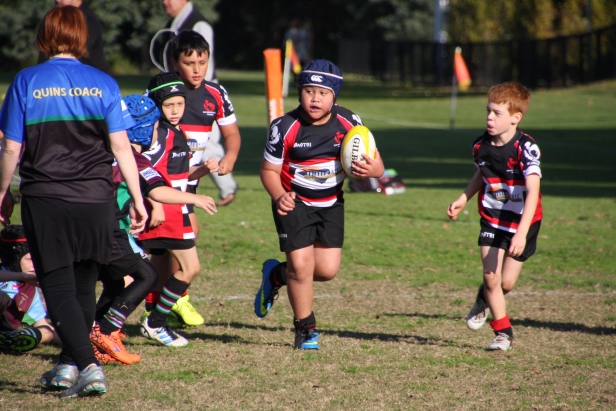 Adonai was a bit quieter than his usual self today – late night apparently, but still managed to get the award for best clean out of the day.

He’s got that ball on a string!

Darcy tackled and chased and had a couple of very nice runs with good stepping and fends. 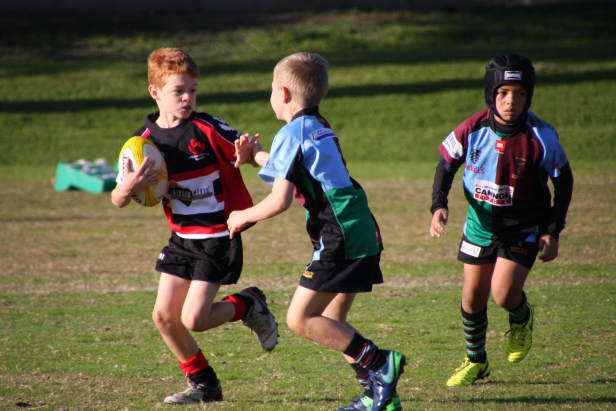 Lucas had his best game of the season, with lots of bullocking runs and scoring an absolute beauty of a try.  Shine on Lucas!

But a special shout out to Charlie who worked so hard all day and got in some cracking runs, swooping on the ball, swerving the opposition and clocking up the points!  A deserved winner of our best team player award.