Another beautiful Melbourne Saturday with the sun shining down on our pioneering junior girls. This week they faced the mammoth challenge of the KH Parents & Supporters All Stars.

The girls started strongly with good running and passing but the All Stars were equal to the task and the teams traded tries throughout the first half.

A reminder about what they learnt at Tuesday’s training saw the girls improve their spread on defense in the second half and slow the scoring from the All Stars. But similarly they needed to work a lot harder on attack, stringing together passes to breach the All Stars and score valuable tries.

A late flurry from the All Stars saw them come back to snatch a draw, which was probably a fair result for everyone’s efforts.

Thank you to the KH Parents and Supporters who were great opposition, provided a great deal of entertainment and had a ball. The continuous laughing and smiles on the faces of Rebecca, Lisa and Lyndsey were priceless, and if George and Paul hadn’t held you back so much I’m sure you would have been unstoppable. Also thanks and well done to Aidan, Harry and Henry who backed up from their morning games. 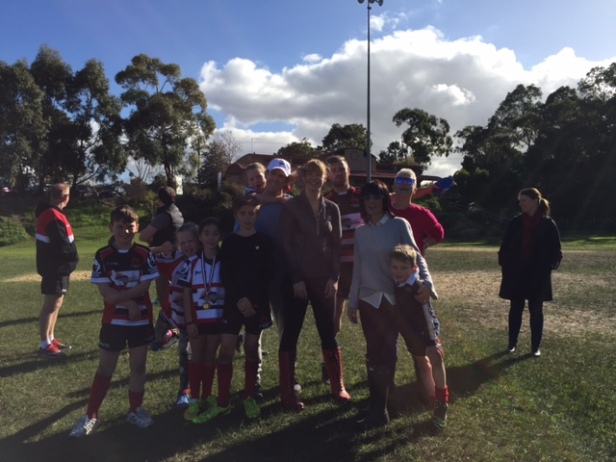 And the medal for the day went to Iona who kept supporting and chasing hard for the full game. Well done Iona – anything Aidan can do you can match it :).