A tale of two halves…

Playing Powerhouse, a team we’d not crossed before on an unfamiliar ground was unnerving. Our team would be without Kiwi Hawthorn’s own powerhouses the Taitokos who were away following the passing of their beloved Pop. Undaunted though, the team of Stella (acting Alice for the game) Henry, Manni, Elias, Taryn, Leo and Juilan took to the field to face an opposition of no less than 9 players!

Numerical superiority meant little though as Henry opened the account with a runaway try soon after the whistle blew. Our heads were up and we were on our way. Shortly after our advantage doubled following several penetrating runs by Julian and one could see this looking like a long day for Powerhouse.

Inexplicably the tide turned, and rapidly. Where seconds ago we ran straight we started to run across the field, or even backwards. Two handed running and quick passes gave way to individual efforts resulting in isolation and confusion. Structure was out the window and Powerhouse seized the advantage, time and time and time and time again. 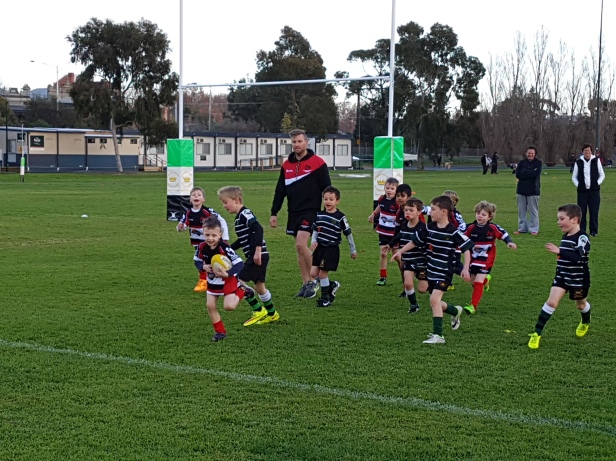 Faced with an unfamiliar situation Coach George rallied his troops at half time and talked of a back to basics strategy. Fortunately the results were instantaneous. Passing, supporting and straight running returned and resulted in a half where the Kiwi Hawthorn score board steadily ticked over with contributions from Stella, Leo, Taryn as well. We held our structure in defense and were far better at retiring and staying spread.

At the conclusion of the match the team was united in their determination of who was best afield. He ran straight, he supported and he was a brick wall in defense. They even chanted his name before the announcement…congratulations on a great game Julian. 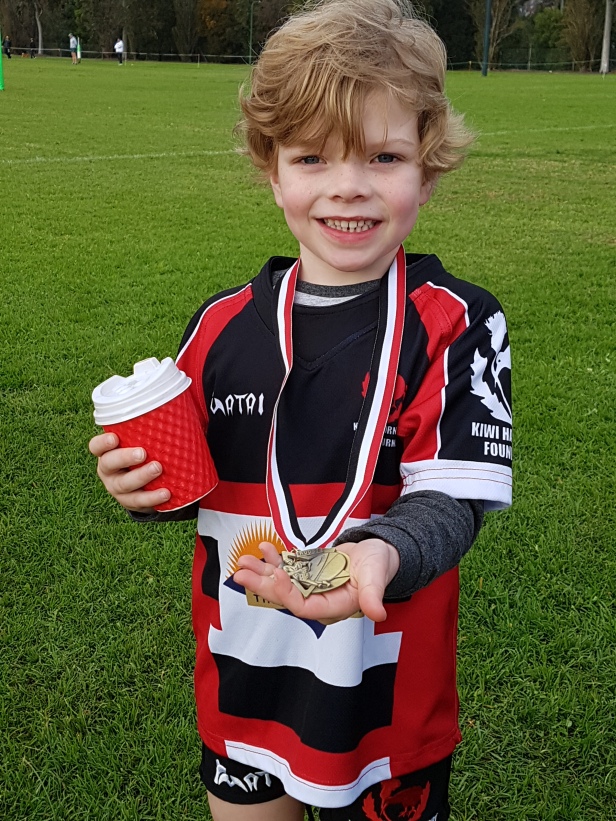 Coach George will be focusing on structure for the coming week. Too many Quade Coopers and not enough Michael Lynagh’s there for a while today.

On behalf of the Kiwi Hawthorn Juniors to the Taitoko Family – Vale Pop.