Another blue sky morning for the penultimate game of the season! And a few degrees warmer – bonus!

Endeavour Hills travelled to our home ground this week, and they certainly made their trip worthwhile, giving us a run for our money on every corner of the paddock.

These kids were so good they brought their own VRU ref who kindly officiated, and their littlest player even managed to run us down in gumboots!

The first half was tight, with some very strong defense from the Redback kids – Coach George praised them for their efforts saying it was “the best defensive half of the season”. Our team managed to hold their line well, and Henry in particular was a tagging demon – he was there at every touch, hassling the opposition and pushing them to a turnover. 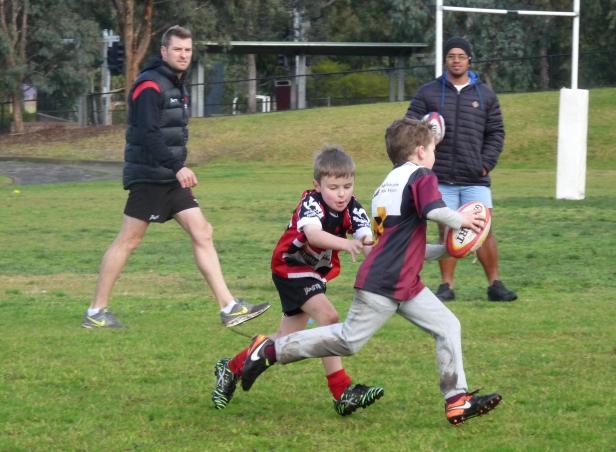 Leo and Elias were our legs for the day, never tiring of putting the pressure on Endeavour Hills, and scoring a few tries into the bargain. 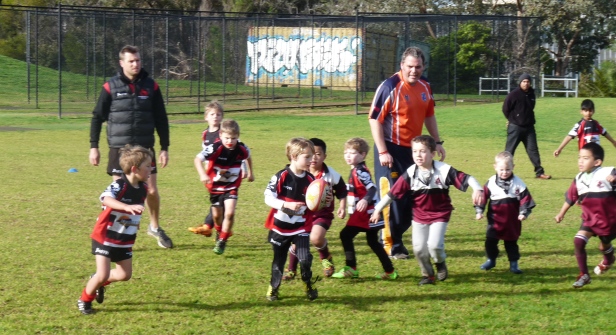 Alice was this week’s captain, keeping the team in order and was instrumental in directing traffic and Luke had a couple of great runs down the sideline to score, even under fierce attack from the opposing team.

We were caught napping a few times in the second half – as the Endeavour Hills kids stole the advantage to sprint for the line while we got ourselves organized. 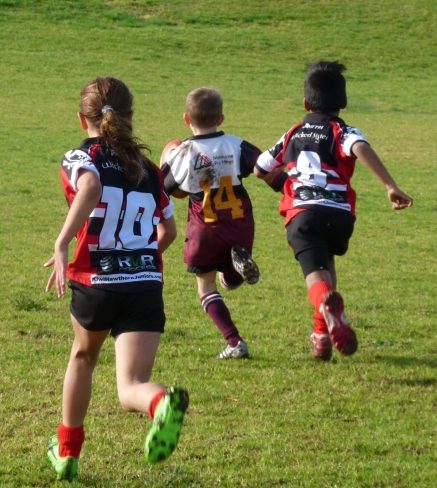 But luckily Julien was still on the ball!

But Taren was today’s ultimate Player of the Day – he held his position, ensuring that the defensive gaps were well and truly plugged.

Well done Taren (and congratulations to Luke who was belatedly awarded a Player of the Day medal from two weeks ago).

We’ve got the home ground advantage next weekend for our last game, so please come and cheer the kids on, and enjoy the opportunity to catch up with our parents, families and supporters at a sausage sizzle afterwards, and the all important team photos.