Down to Geelong this week for the under 11s and the opportunity to show our skills on a glorious sunny Melbourne morning. Billy was a last minute withdrawal but we welcomed back our captain Norma-Jean and Daniel.

Everyone must have had a great night’s sleep because the team were quick out of the blocks this week and had three tries on the board before the opposition could blink. Geelong however came back strongly to score three tries of their own and take a two point lead into the half time break. 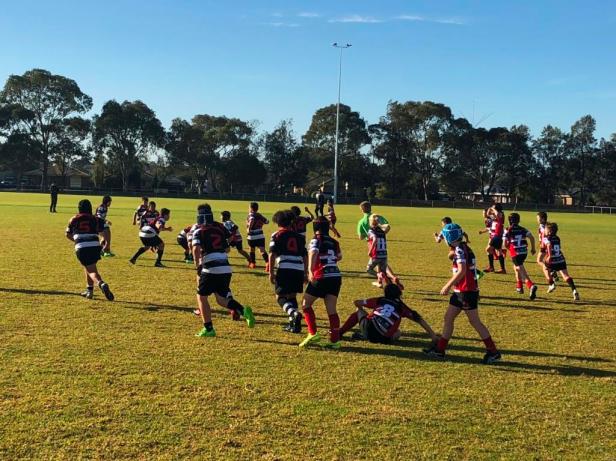 The half time break obviously gave the team the chance to recharge their batteries though and despite another Geelong try shortly after the break they stepped it up a notch. Flynn had several bullocking runs, Stella showed dogged determination to pull down a breakaway and Daniel was always in the thick of the action. 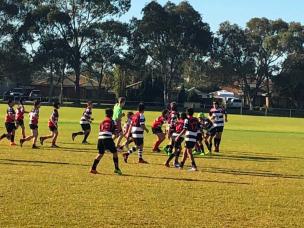 The team struck back to close the gap and then took the lead with the try of the match – great passing from Pascale and Harry set it in motion before a great run up the middle from Jono. Norma-Jean dominated the ruck to enable further phases before Jacko launched a wide pass to Antonio who’s break was finished off by Armani scoring beside the posts.

One more try gave the team the buffer they needed so despite a try on full time from Geelong they held on to win their first game of the season.

Great heart and determination from all the players but the stand out for the day, and winner of the medal, was Norma-Jean – well done NJ. Well done Kiwi Hawthorn under 11s. 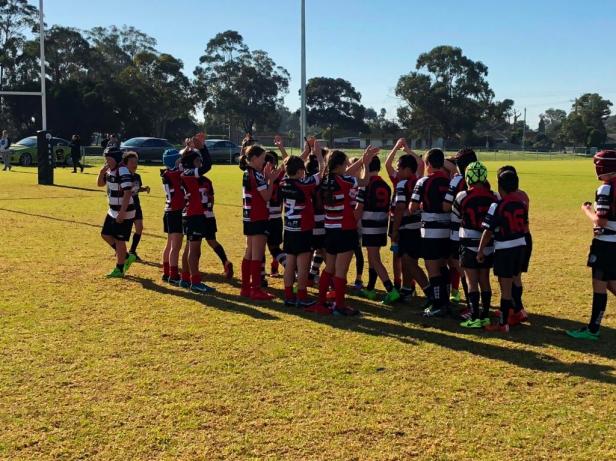