Wow our run of perfect weather continued with a crisp sunny Melbourne morning.  Some spectacular fog on the way to Casey set the scene for a game against Melbourne’s newest rugby club. 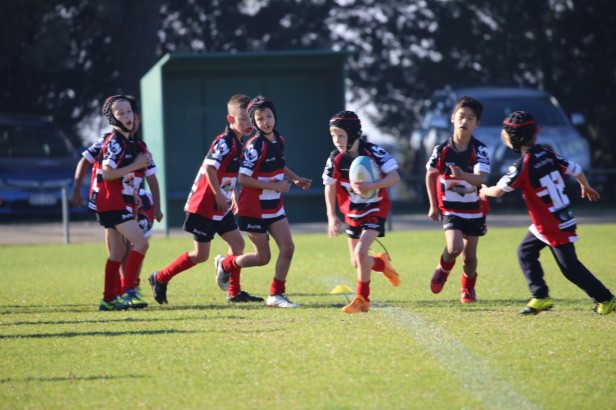 Leo was appointed Captain for the game and led his troops from the front, getting involved and regularly breaking the defensive line.

We started the game a little slow, with Casey’s quick backs running in a few tries before we could blink, but mid way through the first half we started to get our magic working and stemmed the tide. 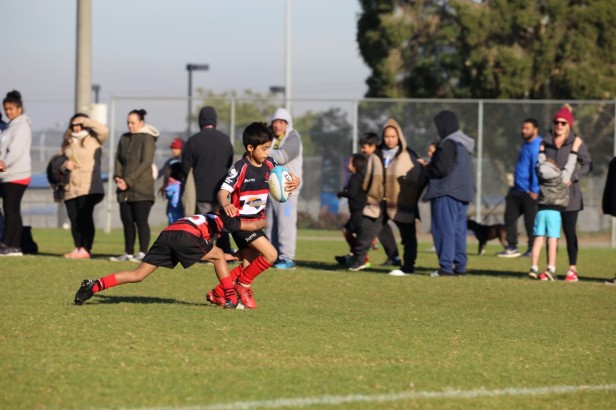 The boys and girls from Casey showed us how to tackle low, but we showed that holding on to the ball through good breakdown work – go to ground, protect the ball, half back passes – gets us in the game and the tries will follow.  And they did!

…led to some beautiful tries by Henry… 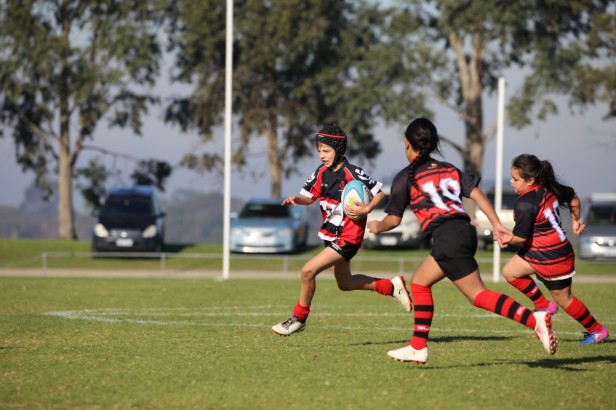 and Leo finished the day scoring one of the best tries of the match.

Big call out to Louis who made an inspiring break down the right wing, which, if not for one of the tackles of the day from Casey would have seen him across the line. 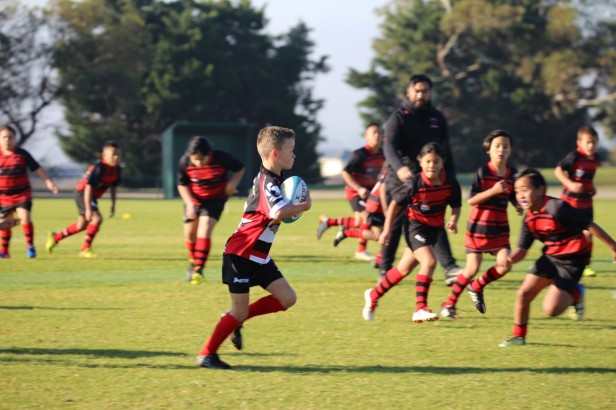 While the individual displays were impressive, most encouraging of all is how this team is made up of boys who all play a part, who all get involved and who all play for each other and our little club. 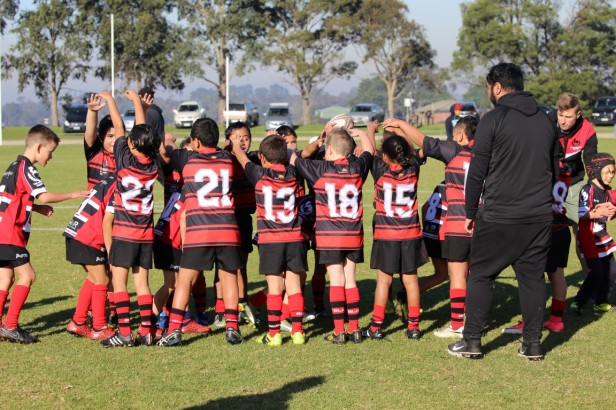 That is the spirit of Kiwi Hawthorn and it made it very difficult to nominate one boy above all others for the medal, but Lucas showed us all the power of steady gains, week after week with his straight running and determination. 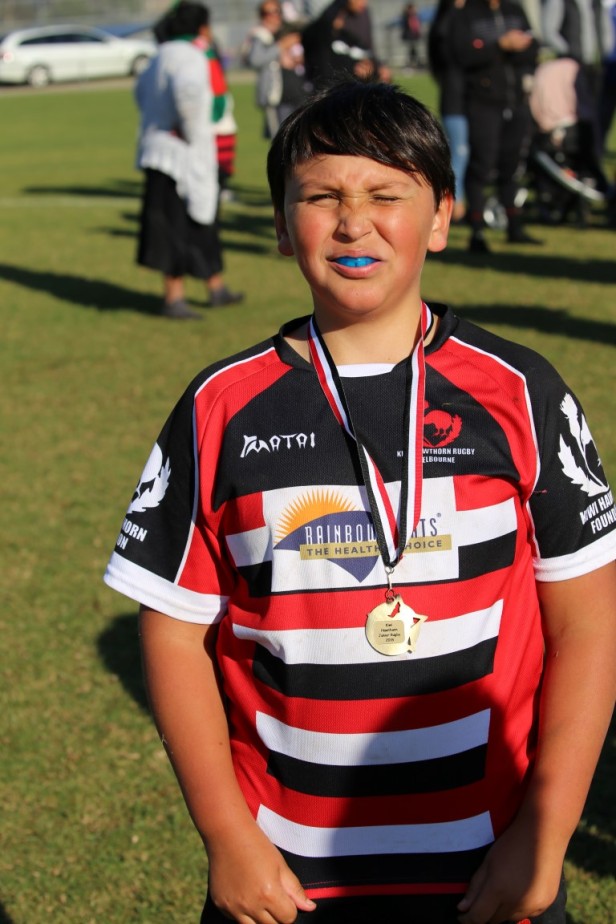 Next week, a well earned rest for the long weekend.